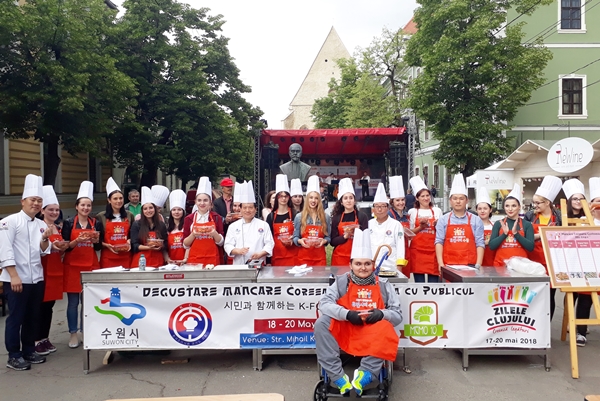 The city of Cluj-Napoca, the capital of the state of Cluj in northwestern Romania, is the center of culture, education, and tourism that has a friendly relationship with Suwon city internationally. It is the second city in Romania with a population of 330,000 and is commonly known as Cluj.

Cluj-Napoca means 'closed place'. During the Roman era, the city of Cluj-Napoca, the capital of the Dakia region under the name of the Napoca, belonged to the Ottoman Empire from the end of the Middle Ages and later to the Austro-Hungarian Empire, which became Romanian territory after World War I.

​The sisterhood relationship between Korean and Romanian local governments was first established in 1999 and has been engaged in exchange activities in various fields, including economy and education, beyond the cultural and arts sectors.

​Since 2011, Cluj-Napoca has designated one day as 'Korea Day' during 'Cluj-Napoca Day' and held events to introduce various Korean cultures. Every year, it invites Korean traditional craft team and chefs from Suwon to introduce various Korean traditional crafts and food to its citizen providing a platform of citizen networking and public diplomacy.